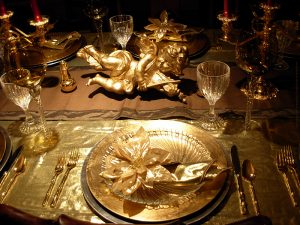 A frequent guest on KSVY, Chef Marco's career spans some 45 years. He is Italian American born in New York City and first-generation here in the United States from Italian grandparents, where cooking was a significant part of everyday life.

He shares the secrets of the tradition that migrated from Southern Italy for an American Christmas Eve meal called the “Feast of Seven Fishes.” His grandparents prepared this meal to recreate what they enjoyed in the old country. It can be said that it’s a New York Italian American tradition, and he has brought it to friends in Sonoma County for over 40 years. Chef Marco sent us a couple of recipes for you to preview!

Up Next: French Touch | Michel Saga