Radio Theatre of the Wild West 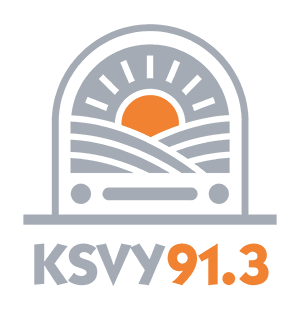 RADIO THEATRE OF THE WILD WEST is one of the oldest shows on Sun FM, and has been produced continuously since September of 2004. This original scripted show presents old-fashioned radio theatre with a Western theme, and is written and hosted by GEORGE WEBBER and BUTCH ENGLE. These two voice actors perform as many different characters, including Wild West Willie, Rattlesnake Dan, Mark Twain, General Vallejo, Captain John Charles Fremont, Count Agoston Haraszthy, and Charles Krug.

Butch Engle is the writer of the feature: "The Lawmen of Cripple Creek" with Sheriff Robert Amos Buckwalter and his Deputy Jake Farmer. Radio Theatre of the Wild West also features interviews with local history legends. Among others, S.F. Chronicle reporter Carl Nolte, and Senior California State Park Archaelogist Breck Parkman have been interviewed by Wild West Willie and his crew. George Webber is a Historian, actor, professional character portrayal speaker, and History Tour operator. He is the owner/operator of the Sonoma Walking Tour and the Napa Walking Tour, and performs professionally as Mark Twain, Charles Krug, Count Haraszthy, Professor Vine, Luigi, the Singing Italian Chef, and General Vallejo. Butch Engle is the Artistic Director and Founding member of Sonoma Readers' Theatre since 1999, and is a professional actor. He has directed or performed in a large number of plays and projects over a number of years throughout the Sonoma Valley. Lately, he can be heard as the voice of Lucifer in the EA game of "Dante's Inferno" and as Rosie in The San Francisco 49er commercial.

Listen to the Podcast!

This website uses cookies to improve your experience while you navigate through the website. Out of these, the cookies that are categorized as necessary are stored on your browser as they are essential for the working of basic functionalities of the website. We also use third-party cookies that help us analyze and understand how you use this website. These cookies will be stored in your browser only with your consent. You also have the option to opt-out of these cookies. But opting out of some of these cookies may affect your browsing experience.
Necessary Always Enabled
Necessary cookies are absolutely essential for the website to function properly. These cookies ensure basic functionalities and security features of the website, anonymously.
Functional
Functional cookies help to perform certain functionalities like sharing the content of the website on social media platforms, collect feedbacks, and other third-party features.
Performance
Performance cookies are used to understand and analyze the key performance indexes of the website which helps in delivering a better user experience for the visitors.
Analytics
Analytical cookies are used to understand how visitors interact with the website. These cookies help provide information on metrics the number of visitors, bounce rate, traffic source, etc.
Advertisement
Advertisement cookies are used to provide visitors with relevant ads and marketing campaigns. These cookies track visitors across websites and collect information to provide customized ads.
Others
Other uncategorized cookies are those that are being analyzed and have not been classified into a category as yet.
SAVE & ACCEPT
On Air: Films, Facts & Soundtracks | James Domizio

Up Next: The Kitchen Sink | SoothSlinger